Did Benford’s Law show that Greece fiddled its figures?

There’s a very interesting article in the British Airways in-flight magazine this month by Tim Harford, also known as the Undercover Economist in his FT column.  In it, he points out that Benford’s Law showed that Greece’s reported macroeconomic statistics could have been dodgy well before we knew that for a fact.  Benford’s Law shows that in real-life data, numbers are distributed in a non-random way.  If you look at any collection of numbers – and Harford gives examples of populations of cities, lengths of rivers, or the numbers mentioned in The Economist magazine – the first digit will be 1 in 30% of occasions, with 9 as the first digit only appearing less than 5% of the time. 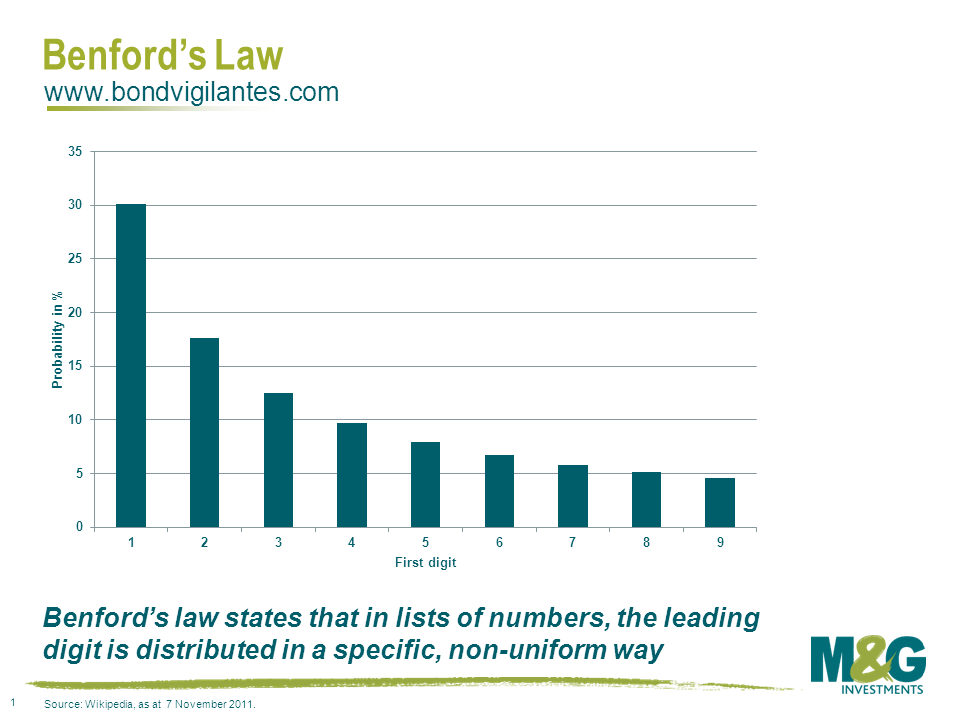 Benford’s Law is useful because “real” data exhibits such characteristics, but manipulated data doesn’t.  Therefore it can be used to analyse data which might be suspected to be fraudulent.  And according to the German Economic Review (Fact and Fiction in EU Governmental Economic Data), the Greek economic data was the furthest away from the expected Benford distribution of any EU member state.  In particular Greece’s data was especially unusual in the year 2000, the year before its entry into the euro…